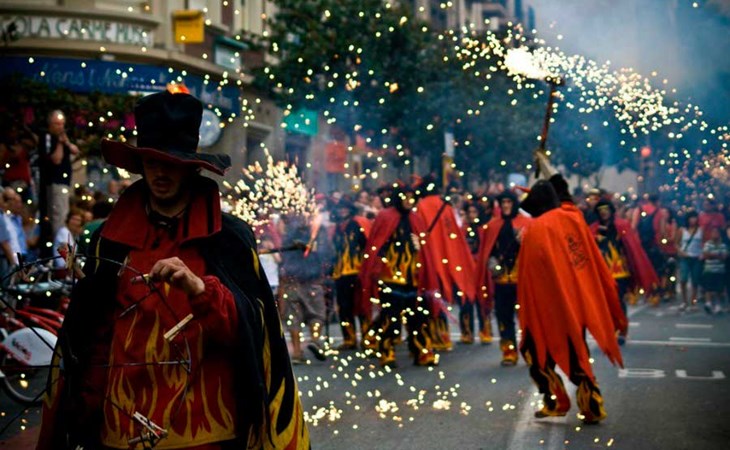 Discover all the magic of the Gracia festivities, an emblematic neighborhood of Barcelona especially in summer

With summer, the summer festivals also arrive in the neighborhoods of Barcelona. And in that sense, the legendary Gracia neighborhood is known for its unmistakable bohemian atmosphere and for its particular street life throughout the months of the year.

And if there is a month where this neighborhood rises to its maximum splendor, it is precisely during the month of August, since the neighborhood festivities are celebrated, one of the most popular festivities in the Catalan capital.

For that reason, today at Xior Diagonal Besos we share a complete post for you to immerse yourself in the essence of the Greater Gracia Festival.
Welcome once again to our blog with the best tips for university residents in Barcelona! 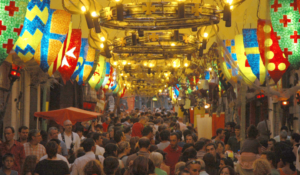 Presentation parade
The Thanksgiving festival begins with the first act, which consists of a parade through the places where the festivities will take place, culminating in the Plaza de la Vila de Gracia. With the presence of the Giants and the Trabucaires de Gracia cheering all the visitors along the route.

Finally, the castellers of the neighborhood put the culmination of the parade by building two pillars to present the official shirt of the 2021 party.

The moment of the proclamation
When August 14 arrives in the afternoon, the moment of the proclamation takes place on the balcony of the Town Hall (Plaza de la Vila de Gracia). Each year a different town crier is elected, usually a well-known person linked to the district.
This person stars in the act, which also has the presence of various authorities, being in charge of making a speech to open the festivities.

The famous Matinades
On the morning of August 15, a procession parades through the decorated streets announcing the beginning of the festivities with the traditional parade known as Matinades, all to the rhythm of drums.
During the same day, other retinues also parade with the representation of other entities, who liven up the day with dances and popular music. 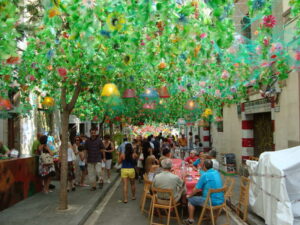 The magical decked out streets
Thanks is a neighborhood that owes itself to its neighbors. For this reason, the project to decorate its streets takes months of prior preparation, where all the residents of the Gracia neighborhood collaborate.
Strategically organized by streets, they decide the theme of the year around which the decoration of their spaces will revolve, to get down to work weeks before and thus have everything ready for August 15.
In general, in the ornamentation they use recycled materials to form high-level compositions, creating authentic works of art in the open air.

The taste of street food
A part of the great gastronomic offer that the Gracia neighborhood normally has, during the week of the Fiesta Mayor you will find street food stalls where you can taste both typical Catalan and international products. Likewise, there are always the terraces of the charming squares of the neighborhood, although during the festivities finding a place can be mission impossible!

Offering to Sant Roc
On August 16, the day of Sant Roc is celebrated with a parade that begins in the Plaza de la Vila de Gracia and ends in the chapel of Sant Roc. Here the dance of the giants and the offering made by the enxaneta of the Castellers de Gracia to the saint stand out.

The impressive castellers
The Castellers de la Vila de Gracia are one of the most famous in Barcelona. And they make multiple appearances during the holidays building human towers that amaze visitors.
The most important day is in the castilla diada, which takes place on Sunday. Here two other groups of guest castellers from all over Catalonia are invited to perform, and castles are erected under the gaze of thousands of spectators.

Concerts and evening events
The Gracia festivals are characterized by their jovial and bohemian atmosphere. Especially at night is when the party continues with concerts of all kinds of styles and performances by different DJs, distributed in all the streets and squares of the neighborhood, especially in the popular Plaza del Sol.
Here you will find concerts for all tastes that last until late at night.

The correfocs
The correfoc puts the end to the Gracia festivities. During the last night of the festivity, everyone who dares to dodge the devils, dragons and various creatures by launching fireworks, participate in this street game, a unique experience that you will remember forever. Of course, we recommend that you wear fireproof clothing and be well protected in case you want to enjoy the correfocs with total freedom.

Are you ready for Fiestas de Gracia? We hope that with this post you have encouraged yourself to enjoy the Gracia festivities with us. And remember that at Xior Diagonal Besos we want to be part of your stay in Barcelona, always giving you everything you need to live an unforgettable experience. For this, our goal is to become for you the best student accommodation in Barcelona.

And if you want to be up to date with all our latest news and promotions, we invite you to follow us on Instagram.

Have a good vacations! 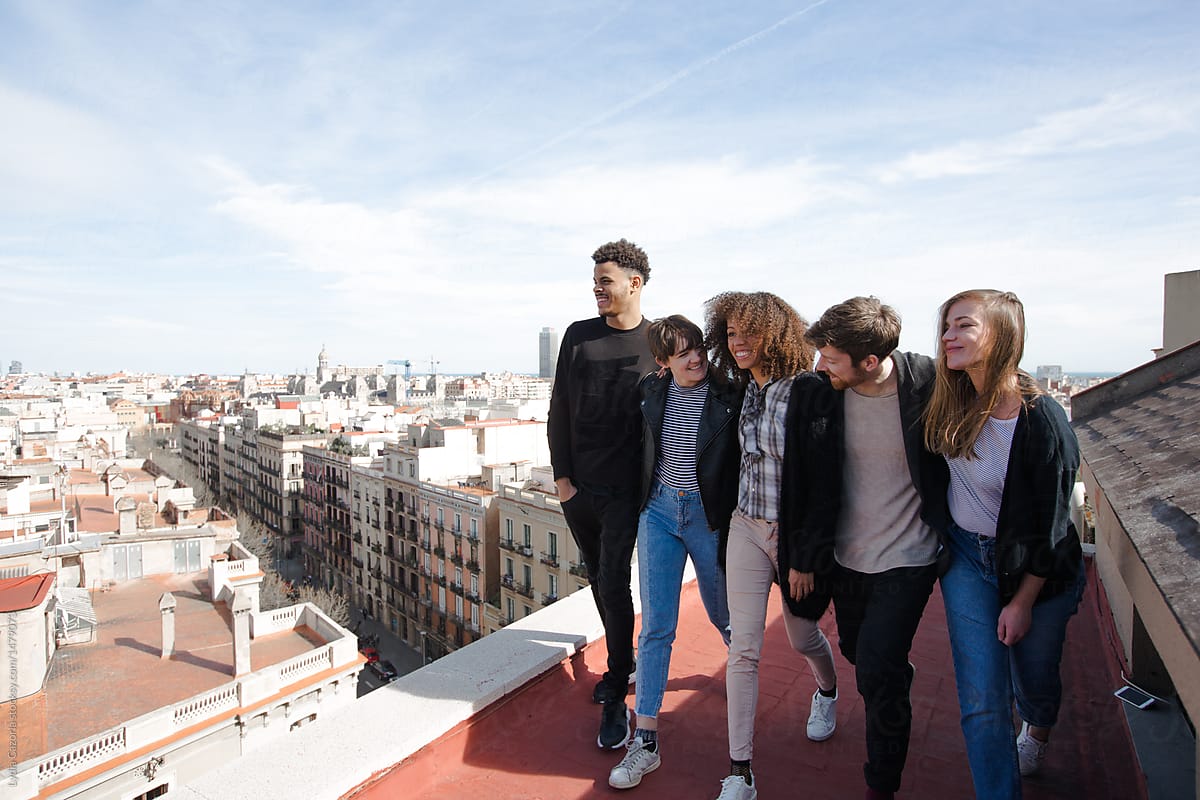 How to choose the best student accommodation in Barcelona

6 tips for choosing the best student accommodation in Barcelona that will turn your stay into a unique experience. Barcelona is considered one of the 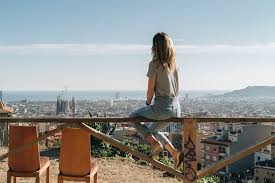 How to choose the best university to study in Barcelona

This website uses cookies to improve your experience while you navigate through the website. Out of these cookies, the cookies that are categorized as necessary are stored on your browser as they are essential for the working of basic functionalities of the website. We also use third-party cookies that help us analyze and understand how you use this website. These cookies will be stored in your browser only with your consent. You also have the option to opt-out of these cookies. But opting out of some of these cookies may have an effect on your browsing experience.
Necessary Always Enabled
Necessary cookies are absolutely essential for the website to function properly. This category only includes cookies that ensures basic functionalities and security features of the website. These cookies do not store any personal information.
Non-necessary
Any cookies that may not be particularly necessary for the website to function and is used specifically to collect user personal data via analytics, ads, other embedded contents are termed as non-necessary cookies. It is mandatory to procure user consent prior to running these cookies on your website.
SAVE & ACCEPT